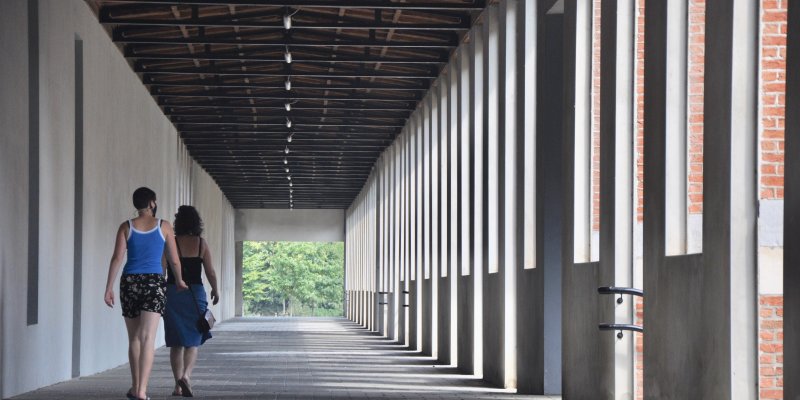 A military hospital is transformed into an urban neighbourhood​

The former Military Hospital, which covers a surface area of 7.7 hectares near Berchem Station, was converted into a sustainable neighbourhood with more than 400 houses, apartments and lofts. In the next few years shops, offices, workshops and cafes and restaurants will be added. The hospital pavilions and the former laundry have now been converted into homes, along with new-builds. To date the “Groen Kwartier” site comprises 175 newly built apartments, 65 lofts, 65 urban dwellings with a garden and 99 social rented and owner-occupied housing. The name “Groen Kwartier”, which means green quarter, refers to the two hectares of public space, which have been turned into a park garden for the neighbourhood after a design by the Parisian landscape architect Michel Desvigne. He opened up the closed site again for the neighbourhood with garden rooms and 350 trees. The cars are parked in four underground car parks.