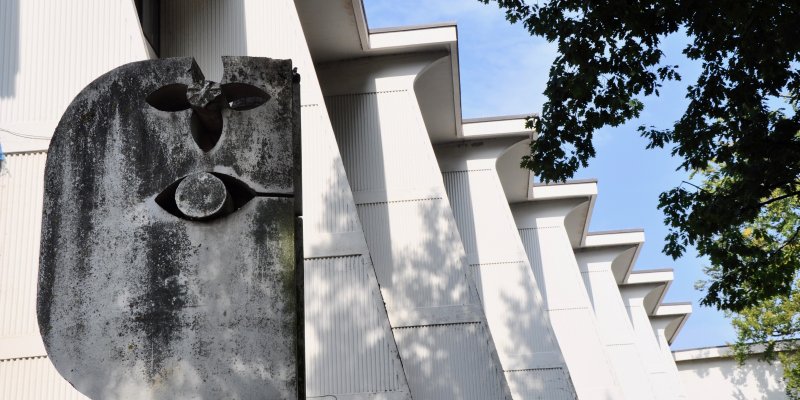 In this programme we combine a visit to the residence of architect Renaat Braem and an architectural walk in the Arena area nearby. In 1960 Renaat Braem designed a new residential quarter in Deurne’s “Fort” area. Two years earlier he had already transformed the old fortress into a cultural and sports centre, the Arena Hall. The fort and its adjacent square were elemental in his preliminary studies. Both were at the heart of a vast area where residential towers and low-rise buildings would alternate. Eventually only a few elements of his draft got realised. In 1966-71 the designs for the low-rise buildings were translated into residential blocks in the green zone behind the Arena Hall.

Nevertheless, Braem looked back on this realisation in a rather positive way. He felt that both his artistic and architectural aspirations merged successfully in the Arena project. The Arena Area is now internationally acclaimed as a major achievement in social housing.

The story of the Arena area is a complex one, in which bureaucratic forces and a changing Zeitgeist interfered with artistic satisfaction and ambitious plans. The result is a quirky world where many people still feel at home, in spite of the technical shortcomings.