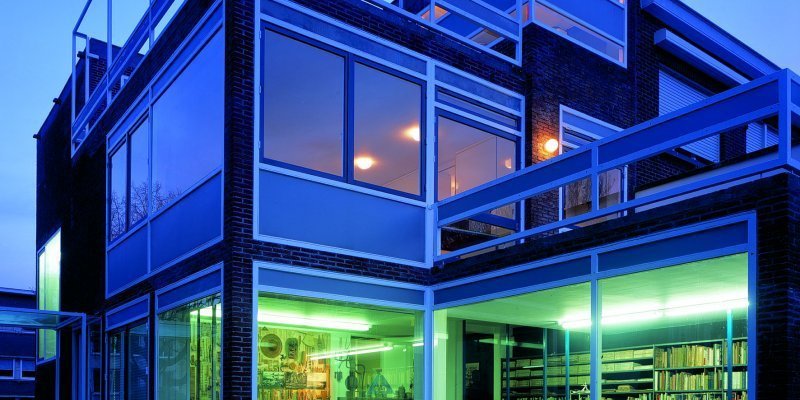 Renaat Braem (1910-2001) was a controversial architect, a visionary, an artist. Some called him a dangerous bolshevik and iconoclast. To others he was the only spatial theorist of importance that Belgium has ever known. He dreamt of a liberated classless world and was convinced that his architecture could play an important part in that liberation process.

In the 1950s the spiritual father of the Antwerp police tower and the Kiel “paw” blocks had his own residence and studio built in Deurne. Today that building is a museum which nicely sums up Braem’s ideas.

Minimum 8 and maximum 12 participants per guide

Not possible on Sundays.